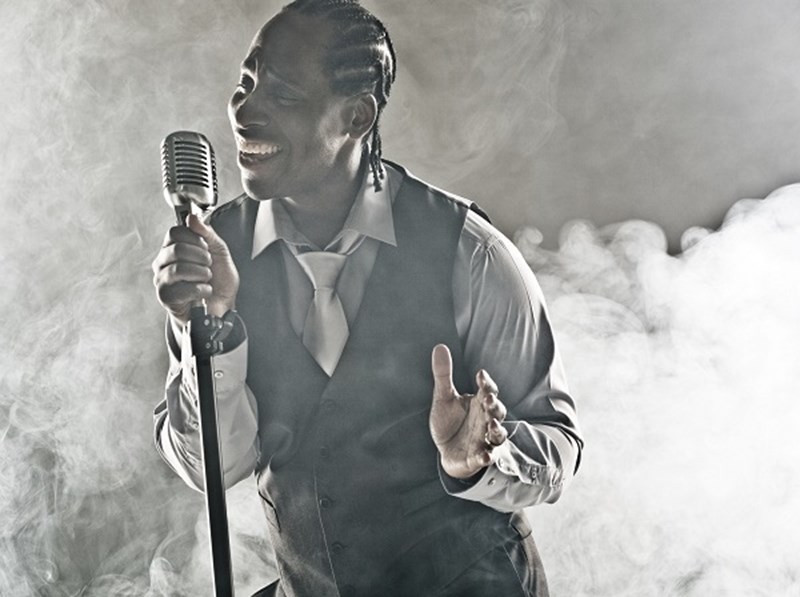 Sam Newman's show is The Ultimate Tribute To Soul & Motown.  The show is proving to be a huge hit with UK and international audiences. Consistently winning sensational reviews, this outstanding show keeps audiences dancing all night long and shouting for more!

Sam’s career started way back in the early 90’s, performing with a variety of the UK’s premier live music acts and private function bands. Sam used this incredible starting point to build on his already undeniable vocal gift and stage charisma to cut his teeth on the live performance circuit. Regularly performing at in the UK’s top venues and alongside such artists as Cannon & Ball, David Essex and Tarby & Lynch to name but a few. In the early 2000’s Sam decided to make the break and head for the bright lights of London’s West End.  He has never looked back! It has always been a passion of his to perform the great Motown hits and soon after arriving in London Sam joined an all-American Motown group. Such a new direction to his already established performing and vocal style, the next few years would see Sam expanding his vocal abilities as never before, performing sensationally blended harmonies with a slick choreographed show to boot, he was well on his way. Soon after, Sam joined the outstanding Soul Satisfaction, performing in the American Four Tops Show as a lead singer. Performing the hits of the Four Tops, Temptations, Smokey Robinson and The Stylistics to name but a few, Sam excelled and reached new vocal heights, playing regularly in many notable venues such as The Dorchester Hotel, The Grosvenor Hotel, Warner Leisure Hotels, Café Du Paris, Blackpool Tower Ballroom, Royal Caribbean cruises and internationally.  His sweet soulful voice has been likened to Eddie Kendricks of the Temptations and Philip Bailey of Earth, Wind & Fire.  And appearing alongside such artists as Heatwave, the late Edwin Star, Jools Holland, Lemar, Aswad and Tony Hadley of Spandau Ballet. Now performing internationally as a solo artist, Sam’s show is the Ultimate Tribute To Soul & Motown.  The show is proving to be a huge hit with UK and international  audiences. Consistently winning sensational reviews, this outstanding show keeps audiences dancing all night long and shouting for more!

“Sam was brilliant, the customers really enjoyed it and we received some great feedback for it, customers saying how much they enjoyed it and how much fun Sam was. Thank you for sorting this for us!” - Steph Kay, Club Operations Manager, Gala Bingo Leicester