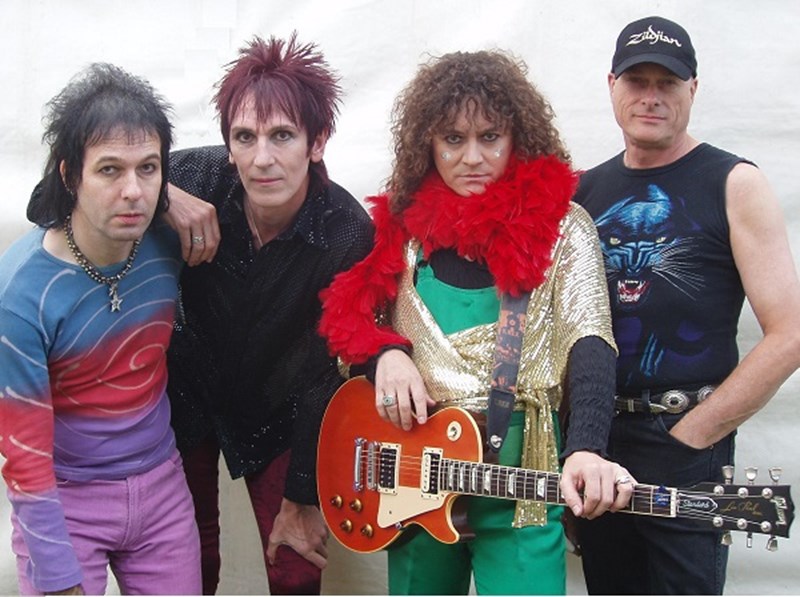 T.Rextasy are the only band to have been authorised and endorsed by Marc Bolan’s Catalogue Management, are now officially recognised as the world’s No.1 group dedicated to the greatest glam rocker of them all, Marc Bolan of T.Rex...

T.Rextasy are the only band to have been authorised and endorsed by Marc Bolan’s Catalogue Management, are now officially recognised as the world’s No.1 group dedicated to the greatest glam rocker of them all, Marc Bolan of T.Rex. With their uncanny lead singer and lead guitarist, Danielz, T.Rextasy perform a powerful and mesmerising presentation of Marc Bolan’s rock and pop anthems.

With a career spanning over 17 years, T.Rextasy are now regarded beyond the boundaries of ‘tribute’ and are respected in their own right. They are also the only band to have the blessing and support from Marc’s own family and Ex-T.Rex band members, including June Bolan (Marc’s wife), Gloria Jones (Marc’s Girlfriend), Rolan Bolan (Marc’s Son), Mickey Finn (T.Rex conga player), Tony Visconti (T.Rex producer), and others...

They have toured worldwide playing at venues such as the gigantic Ariake Coliseum in Japan, and Wembley Arena in London. They also perform alongside artists such as Wizzard, Cockney Rebel, Ian Hunter (Mott the Hoople), and Slade amongst others.

In September 2007 T.Rextasy played to 40,000 at BBC Proms Night at London’s Hyde Park, and headlined at the Shepherds Bush Empire in London where special guests appeared alongside them including Marc Almond (Soft Cell), Gloria Jones, Shakin’ Stevens, and Tony Visconti.

‘T.Rextasy are a great tribute to my Dad. They have my support 100% - Rolan Bolan (Marc’s son)

‘T.Rextasy have my utmost approval and I wish them well’ - Gloria Jones (Marc’s girlfriend and Mother to Rolan Bolan)

‘T.Rextasy are the tribute act who break all the rules by being bloody brilliant. Danielz is an exact replica of Marc, he’s uncanny.

- The Independent on Sunday

‘Danielz is a curator of Bolan’s life, a perfectionist protector of the legacy – T.Rextasy play with a poignant, flamboyant skill.’

‘The lead singer not only sounds like Marc Bolan but is an unnerving physical reincarnation. They play with a passion that lifts their performance above imitation’

‘T.Rextasy’s impeccably worked routine must have spooked the parade who came to pay tribute.’

‘This is the most fitting tribute band I have ever come across.’ - Cornish Guardian

‘This bore the hallmarks of a real Bolan gig. Responsibility for celebrating Bolan’s memory couldn’t be in better hands.’