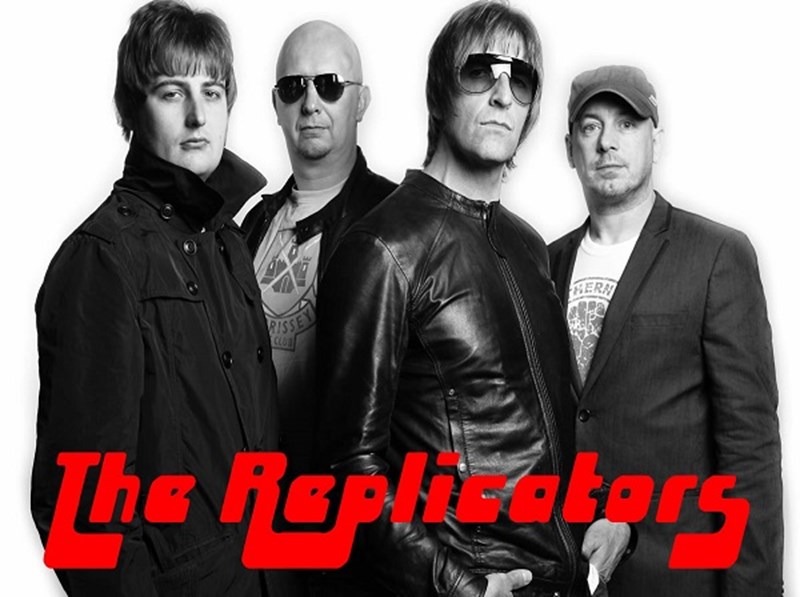 The Replicators are a fantastic all male rock, pop & indie band playing classic hits from Blur & Oasis to the Beatles and Queen. They are very well priced, have a great PA & lighting system, and travel anywhere in the UK.

About The Replicators - Indie Party Band

Ok, it’s the biggest event of the year: a birthday; a wedding; an annual party; a corporate event, but you need a live band to get everyone on their feet having a good time, playing the music that’s right for you and your event. You want everyone to go home saying you’re the best party organiser ever! Wow, that’s some band you’re looking for! But if you can’t afford Robbie Williams, Elton John and Paul McCartney, you need The Replicators - a band that can do all this and more with personality, humour and a great set list!

Having been professional for the last 12 years,The Replicators have performed all over the UK from clubs and corporate chains such as Brannigans, Chicago Rock Cafés and the Jumping Jaks chain of nightclubs, well known for it’s non-stop party atmosphere. The band are also comfortable and well suited to private parties, corporate functions and even wedding receptions.

They’ve also shared the stage with some of the big names of the music industry such as Belinda Carlisle, 5 Star, Howard Jones, Liberty X, Chesney Hawkes, East 17 and 80s teen sensation Tiffany!

Recent and past performances include:-

The Replicators can tailor their music and performance for any event and are more than willing to work closely with any client to ensure that the show provided is perfect for them in every way. They can play 2 x 45-minute sets; 3 x 45 minute sets; 2 x 1 hour long sets

The Replicators are pleased to offer clients a 'double' show for their special event. As well as their general covers set, The Replicators can also perform full tributes to Oasis, The Stone Roses, Paul Weller/Jam and The Police. Why not take advantage and get great value for money with a 1 hour tribute set of any of the above bands, followed by a 1 hour finale of full on party covers from the 60s right through to the 00's. Please speak to your booking agent for more details!

All music between the bands sets can be suppplied free of charge if you don't plan to have a DJ at your event.