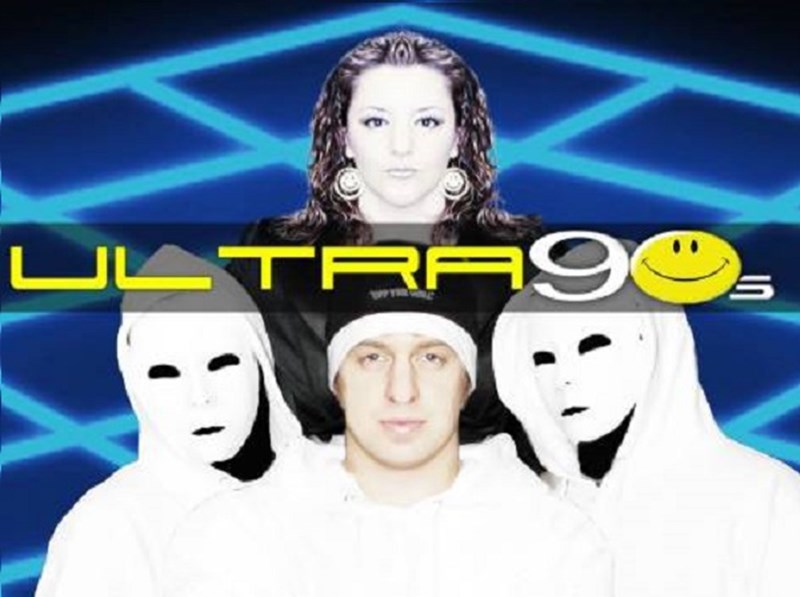 The 1st and ONLY 90s Dance Tribute Show in the UK and possibly the world!

It is easy to forget just how important and exciting dance music seemed during its heyday. These days, people write books and make films about how the mid-90s were the sole domain of guitar-fuelled Britpop. But during exactly the same
period, clubs and house music were such big business that they were widely assumed to have changed British youth's leisure habits forever.

With very few other acts daring to touch this style of music, Ultra 90s goes where so many of us want to be taken, back to our youth. School days, Uni days, clubbing, first holiday without parents... Even the more mature audiences appreciate this show with its exciting arrangements, powerful vocals and bags of energy.

Kelly has worked hard to pull off the powerful vocals from Divas such as Kelly Llorenna ‘Set You Free’, Robin S ‘Show Me Love’, Rozalla ‘Everybody’s Free’ and the show has pulled out all the stops to re-create the sounds of acts such
as Snap, 2 Unlimited, Livin’ Joy and Baby D to name a few.

Ultra 90s perform the best classic chart, dance and club anthems from the 1990s. From Snap! To Faithless, from Dee-lite to Vanilla Ice, Ultra 90s guarantees to get any party buzzing. Taking you through House, Chart, Dance and Club Classics along with popular Drum and Bass tunes from the 90s - The Ultimate 90s Revival - 90s Nostalgia at it’s best.

With their unique style, repertoire and costumes, Ultra 90s are establishing themselves, as one of the UK's must have acts for an ever-increasing list of top national and international venues. Ultra 90s is the only act of its kind – they cover all your favourite tunes from the 1990s utilising live soulful male and female vocals live keyboards and drums along with cutting edge sequencing and contemporary sampling with a fully integrated light show including lasers, strobe effects and video projection.

With options of adding dancers and various live musicians this is the ultimate experience to take you and your guests back to their clubbing days.

Ideal for Universities, Theme Nights, Night Clubs and Corporate Events or any other function you can think of. Also a popular choice for wedding entertainment hire.

Blow your whistle, put your hands up in the air and 'let me hear you say yeah!'

Other line up options available on request up to 9pc