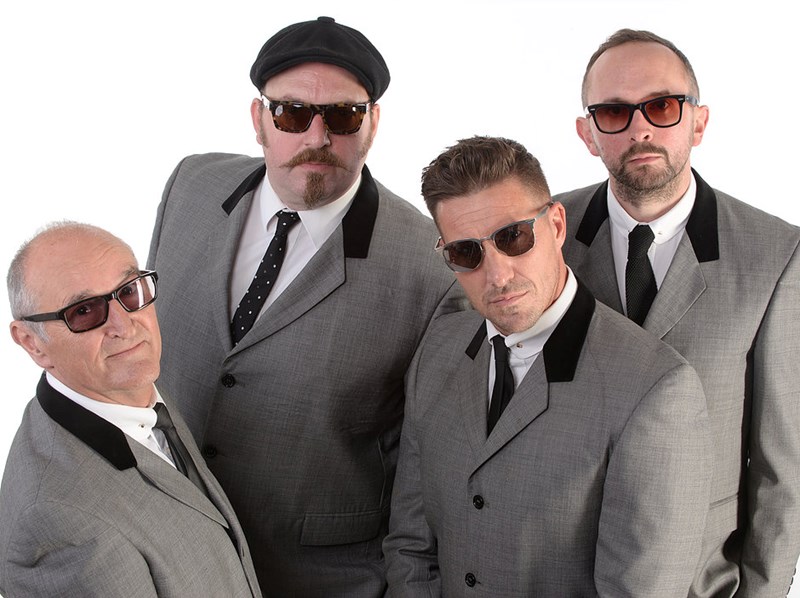 The New Amen Corner have emerged in the last couple of years as the hottest revival band on the 60s circuit because of their ability to recreate the sound and atmosphere of that era. Their power house live show has made them one of the most exciting bands around...

Be sure to wear some flowers in your hair if you are going to a New Amen Corner concert because you’ll soon be in a “Summer of Love” mood; for their music is full of that Feel Good Factor.

The New Amen Corner have emerged in the last couple of years as the hottest band on the 60’s circuit because of their ability to recreate so perfectly the sound and atmosphere of that era. Their power house live show has made them one of the most exciting bands around, period clothing, authentic equipment and with the band encouraging their fans to don 60’s attire, their shows really breath life back, into what must be music’s most prolific decade.

The musicians of the New Amen Corner have a musical pedigree second to none and have been band members with the likes of Screaming Lord Sutch, The Symbols, Jeff Beck, Alexsis Korner, Roy Wood, Robert Plant, Mike D’Abo, Cliff Bennett, Alvin Stardust, Ruby Turner, Mike Oldfield, Chip Hawkes and Jaki Graham to name but a few!!!!!

The original Amen Corner was one of the biggest influences on the sixties pop scene to come out of Wales. With their own brand of West Coast Music, a mixture of mod, psychedelic power pop, heavy horns, swirling Hammond organ, the distinctive voice of Andy Fairweather-Low and their power house live show made them one of the most exciting bands around at the time. With million seller hits like “Gin House”, “Bend Me Shape Me”, “If Paradise was half as Nice”, “High in the Sky”, & “Hello Suzie” they soon became a household name in the late sixties.

But unfortunately due to the bands premature demise at the end of '69 the legacy of this truly great band has become some what forgotten.  However due to a long standing friendship between sax man Frogman Curtis and Alan Jones, (original Amen Corner founder member) the idea to form the New Amen Corner to keep the memory and music alive of this legendary band was born.

Although there are no originals in the New Amen Corner they have gained much respect from many original artistes that are still performing today, which has enabled them to add some of best vocalists to have come out of the era into their show’s, so it not unusual to see the likes of Mike DAbo (Manfred Mann), Chris Farlowe, Cliff Bennett (The Rebel Rousers, Chip Hawkes (The Tremeloes), Dave Berry or Tony Crane (The Merseybeat singing with the band and for some of their shows the New Amen Corner even add a six piece orchestra (The Summer of Love Orchestra) to obtain that full psychedelic sound.

The Summer of Love Orchestra can be included for larger events.

"Brilliant feedback from New Amen Corner, one of the best we have had definitely, customers loved them." - Sam Dudgeon, Avenue Tennis.