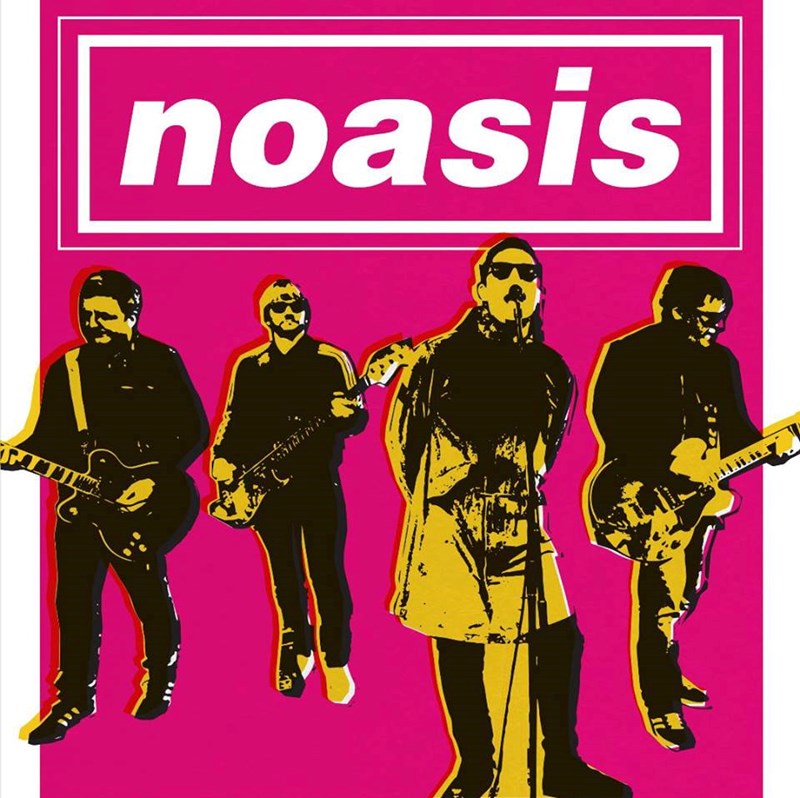 Noasis are the definitive tribute to Manchester's five piece super group Oasis. Noasis re-create songs from every era of Oasis from the hits of the 90s when BritPop was at its height, to their more recent hits before their demise...

Noasis re-create songs from every era of Oasis from the hits of the 90s when Brit Pop was at its height, to the band's more recent hits before their demise.

Having played over 400 shows in both the UK and Europe, Noasis have a wealth of experience when it comes to stagecraft. Their audience continue to sing their hearts out to the classic Oasis anthems that we all know and love.

Noasis are the full five piece line up, there's not a detail missing from this superb act as their Liam and Noel pick out every vocal harmony you've ever screamed to yourself in your car right down to that twitch your hands get when you hear those neat guitar licks.

No backing tracks or gimmicks, just full on five piece sound the way it was written! Expect all from what you’d expect from the real Oasis, the look, the attitude and the songs which fuelled a generation.

Noasis has played sell-out concerts across the UK and has appeared with chart names such as The Sugababes, Goldie Lookin' Chain, The Mystery Jets, Wylie, The Holloways and The Hoosiers...

Venues that Noasis have performed at include:

“That was the real deal!”…Bez, Happy Mondays

“What can I say except NOASIS were amazing, it's the closest you'll get to watching those two bros back together. I met James briefly before the gig, such a nice bloke. The show was fantastic. I’ve had so much feedback from my guests banging on about how good the band were. Honestly worth every penny and more. The next time I have some kind of bash, they’ll be hired again for sure. I’d like to thank you too Rachael for your help in organising such a great night, it’s much appreciated.” – Del Terrey, 50th Birthday Party.