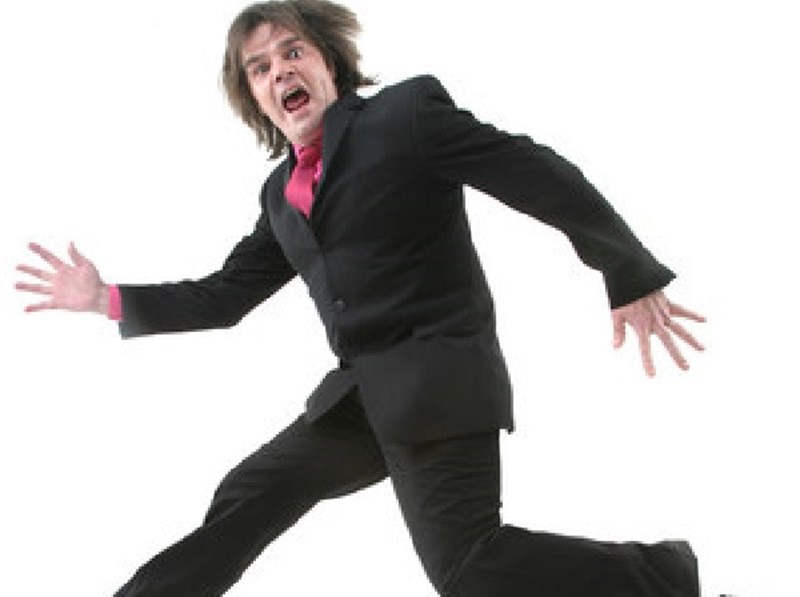 A charming, comedy natural, Josh Daniels guarantees laughs from the moment he walks on stage, to long after the lights go out. Be it a comedy club, an after dinner function, a holiday centre, a cruise ship or a corporate event, Josh can adapt his show.

A charming, comedy natural, Josh Daniels guarantees laughs from the moment he walks on stage, to long after the lights go out. It all started by making friends and family laugh after changing the lyrics to songs, (he’s been doing it since he was given his first guitar as a 12 year old), and is what led Josh on the road to what is now a very successful comedy career.

Josh was intent on becoming a professional musician and songwriter but found his sense of humour increasingly taking centre stage. Three years ago, when a newspaper review described him as a “comedian”, Josh decided it was time to take comedy seriously and started writing and performing his own unique brand of stand-up comedy.

Whilst on holiday in the Canary Islands, Josh was invited on stage by a resident rock band to sing and play guitar. Josh could have ‘played it safe’ but instead decided to take a risk and perform his own material. The audience loved it -and so did the management who persuaded him to stay on.

Equipped with a wealth of his own tried and tested material and the ability to think fast on his feet in front of a variety of audiences, Josh returned to establish himself in the UK by entering various comedy competitions. This led to Josh being accepted by the Jongleurs comedy circuit and also being invited to perform at the famous “Comedy Store”. His determination found him travelling the U.K generating belly laughs at almost every comedy club in the land.

It was soon discovered that Josh’s style & material was not only very much admired in the comedy clubs, but equally in the corporate and after dinner market. Corporate performances and motivational speeches truly make Josh shine. It’s obvious how much research goes into each individual show - guaranteeing that it will be both funny and tailor-made for each company or organisation. Even senior members of the public sector are able to sit back, relax and enjoy Josh with the confidence that whilst he likes to push the comedy boundaries, nobody will be offended.

When speaking to Josh, he has his own theories on what is funny. He has proven on many occasions that audiences deserve more than just ‘pub jokes’ and even the smartest of comedians find it impossible to steal his hilarious true stories. Promoters, agents and audiences alike find it difficult to describe his act. It’s only because of the positive feed back and rave reviews throughout the country, that comedy bookers consider Josh Daniels, ‘a breath of fresh air’.

Be it a comedy club, an after dinner function (where Josh has become a firm favourite), a holiday centre, a cruise ship or a corporate event, Josh can adapt his material to accommodate a wide range of venues from a small room to a sell out theatre.

"May I take this opportunity and thank you for performing at Sheffield Wednesday's Curry and Comedian's night. You were truly outstanding you had the whole audience in stitches. I must also congratulate you in the way you dealt with the drunken male member of the audience, at all times you were professional both on and off stage."
Christopher Caress, Events Manager, SWFC

"Sorry I did not get back to you sooner, to say that Josh Daniels or as I prefer to call him Judd Daniels was fantastic and that’s an understatement. There were eighty people in the room and all quite senior within the public sector and all agreed that he was very funny despite sometimes near the bone.

To comment on Judd I can only say that this young man has the right personality, determination and charisma to entertain any audience, his material is original and his musical renditions are hilarious. Would I book him again, damn right! And I look forward to seeing him more on the TV.
Thanks again for your help"
Richard Bailey, CEO/President, AireGroup Ltd

"I can honestly say that Josh Daniels is the best comedian I have come across and certainly a man who I think has got a very bright future. A genius, a gentleman and asset to John Smiths."

“Josh Daniels caused more than a stir as he walked onstage. Using an amalgam of material that put me in mind of the likes of Lenny Henry, this young man looks like someone whose style could be close to completion.”

“Just a quick note to say that Josh was very entertaining and funny and could raise or lower his game to accommodate any audience. He settled in with the crowd before and after his session even staying well into the night. I would definitely recommend him again and would be more than willing to act as a reference if anyone is thinking of booking him.”

“Josh Daniels - Comedian, Unusual would be my first word, I have never been to a dinner where the comedian uses a guitar in his act but this lad makes it work and work well. He used it for story telling, around his jokes and even in banter with the crowd. If you’re looking for something different this lad will do it ,and do it well. “

"Josh Daniels has a unique and refreshing style that is unlike any other comedian around. His comedy is observant, sharp and sometimes a little risque without being offensive - most importantly Josh is extremely funny and a likeable guy. With the use of a guitar to deliver some excellent parodies and comedy tunes, his act left the audience at our fundraising lunch shouting for more. I can't wait to book him again!”

“Somewhat belatedly I would like to thank you for a great afternoon at our Christmas bash the Friday before Christmas in Sheffield. You went down an absolute storm and the crew were still talking about how much they enjoyed it when we got back in January. I have put your contact details in my diary for future use and hope all goes well in the future.”

“All I can say is that over the past 10 years, you have supplied us with some superb comedians. Josh Daniels was quite simply the best we have had!”

“I just wanted to write and thank you for recommending Josh Daniels for our end of season dinner and presentation. Not only was he a terrifically funny comedian but also the perfect host. His humour put everyone in great spirits and set the tone for a hugely successful event that was enjoyed by the players, staff, sponsors and supporters alike. We received a great number of compliments after the event from our guests so would you please pass on our thanks to Josh for not only helping to ensure the event ran smoothly, but for giving me a stress free evening too!”

“Josh went down really well the workplace law staff thought he was great and the feedback we got from the delegates who attended the conference was really good. He is very funny and really down to earth nice guy. I really enjoyed his jokes about Easy Jet seeing as I used to work for them myself which I did mention to him after the performance !! I am passing your details onto one of the delegates as she is interested in booking Josh herself. Thanks for all you help and I will defiantly use you in the future”