The Top 5 Live Bands for Hire in the UK 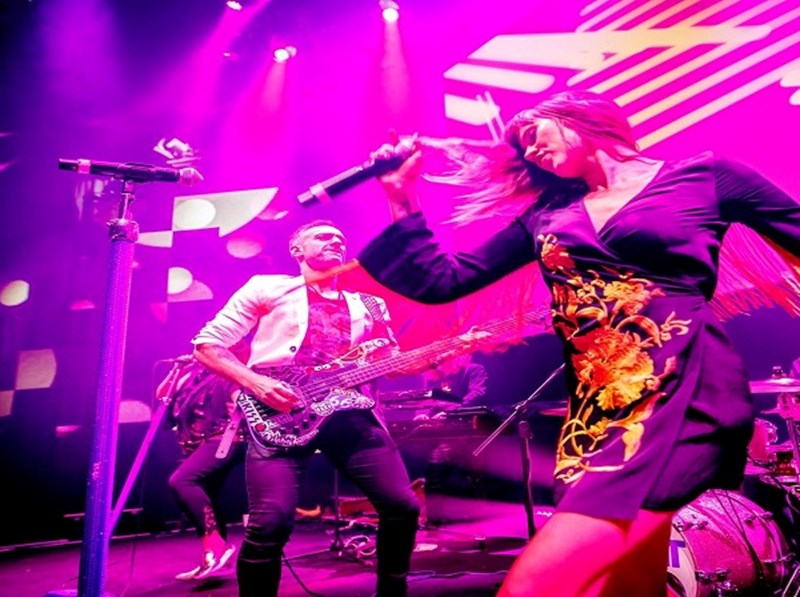 WHO ARE THE BEST LIVE BANDS FOR HIRE?

Searching the web for the best live bands for hire for your event could be maybe a daunting and possibly a long, long task. A simple Google search to book a live band for an event could see you with hundreds and hundreds of options to consider. Do you really have the time or frankly the patience(!) to sift through hundreds of live bands? A small but QUALITY list of live band hire options would surely be a better starting point at least. With that in mind, we thought we'd share with you our...

...factoring in the number of enquiries and bookings we receive for each - with a couple of our personal favourites thrown in as well :)

The Simon Faulkner Band are a collection of highly polished and professional musicians/entertainers who for the last 16 years have been performing internationally and throughout the UK from Ipanema Beach in Rio de Janeiro Brazil, the Formula 1 Grand Prix in Bahrain, to the Concorde Conference Centre at Manchester Airport.

The Simon Faulkner Band are available for a variety of events including hotels, marquee events, corporate functions and for wedding entertainment hire.

CLICK HERE FOR MORE INFORMATION ABOUT THE SIMON FAULKNER BAND

The Talent is no ordinary party band, they have an energy on-stage second to none, an ever increasing repertoire (500 songs & growing), 5 amazing lead vocalists, different options to suit you and your event and they regularly appear around the globe at many high profile private and corporate functions. It doesn’t matter how many people are attending your event, The Talent provide a live music experience like no other party band.

Introducing The Kaiser Monkey Killers, THE best indie/rock tribute band! They sound uncannily like the artists they cover and don’t just play the songs but deliver them! This is performance, this is indie rock ‘n’ roll, this is THE KAISER MONKEY KILLERS!

The Kasier Monkey Killers founder member, Mark Eyden (Lead guitar, vocals) has been writing and gigging for over 12 years. The band have a long & colourful past including winning a BBC1 song writing TV series ‘Get Your Act Together’, working with the likes of Gus Dudgeon and Stuart Epps (producers of David Bowie, Bill Wyman, Elton John etc.), literally hundreds of gigs and being signed to Polydor with a charting single release!

CLICK HERE FOR MORE INFORMATION ABOUT THE KAISER MONKEY KILLERS

The Gifted have created an exceptional sound & stage show and continue to rival the biggest and best acts around the globe. Consisting of the finest session musicians, The Gifted have performed at hundreds of wedding receptions, corporate events and private parties and cover all the biggest hits from the 50's through to modern day favourites.

The band constantly update their repertoire to keep up with the changing times and ultimately offer the same amazing lead vocals, top notch equipment and outstanding musicianship that you'd expect. These guys aren't just another 'boring' function band; when not performing as the Gifted, these accomplished musicians can be found appearing in a West End theatre pit or alongside named artists including Dave Grohl, Pulp & Westlife.

The Gifted are available with different size line-ups to suit you, your function and your budget and they work as an 8 piece right down to 3 piece party band.

Suited and booted, THE REVOLVERS are an energetic tribute to the mest music of the 60s. The Revolvers cover songs from artists such as Small Faces,The Kinks, The Beatles, The Who, Spencer Davis Group, The Rolling Stones and many more....

The Revolvers have performed at famous venues such as The Cavern, Liverpool, Hampton Court - London and have also toured parts of America and Europe. The Revolvers were also handpicked to perform at the Premiere after party for the worldwide Premiere of 'MADE IN DAGENHAM' in London's West-End!

CLICK HERE FOR MORE INFORMATION ABOUT SOUNDS OF THE 60'S FEAT. THE REVOLVERS

If you need any help or advice choosing your entertainment for your event, give us a call on 0116 242 9900 or click here

To see our great line-up of live bands, click here